iLED is going live on Kickstarter ! ! !

This is the moment I've been waiting for for a month now. iLED got approval (a week later) and is now live on Kickstarter. To achieve my goal, I need all the help I can get so please help me achieve my goal by backing my project and/or spreading the word to everyone you know!

This is the link to my project:

To all the people willing to officially be involved in this project, please let me know and rewards will be offered :)

All I can do now is to ask you to help me achieve my goal and introduce this new product along with the technology is displaying.

Thank you all for your support!
Posted by Gigi Dinut at 18:16 No comments:

Just a matter of time

The project has been submitted on Kickstarter and is awaiting confirmation.

Unfortunately they don't say how long is it gonna take until they approve the project so the launching might have to be postponed. I will keep you updated on the progress and let you know as soon as I hear anything from Kickstarter.

Wish me luck and please help by spreading the word and sharing with your friends. Thank you.
Posted by Gigi Dinut at 00:32 No comments:

apologies for the lack of information in the last few days. I've been very busy putting together the last details of the iLED project which is going live on Kickstarter in approximately 12 hours.

The project will have a funding goal of ₤25000, and 45 days to reach it, which will ensure I get to send it into production and offer it at a reasonable price. I will need all the support I can get for this project, so if anyone is interested in helping officially, leave a comment here or a message on Facebook. Rewards will be offered and also your name will be displayed as a partner in my project description and on this blog.

Of course, I cannot say how much it would help if everyone could just spread the word about iLED and share links of their social networks and help me achieve the funding goal.

It's very exciting to finally launch the project and I'm hoping for a good outcome.

I'll keep you posted on the progress the iLED is making.

I've kept promising you'll see photos of the first prototypes and well... here they are. One prototype is done and I have a couple of pictures to go with it.

Stay tuned for other updates, possible videos of the prototype working. The kickstarter campaign will go live next Monday, on the 11th of March and I think I could use some help with that. If anyone's interested, let me know on a comment or on facebook.. I'll include rewards, just sayin' :)

Let me know what you think. 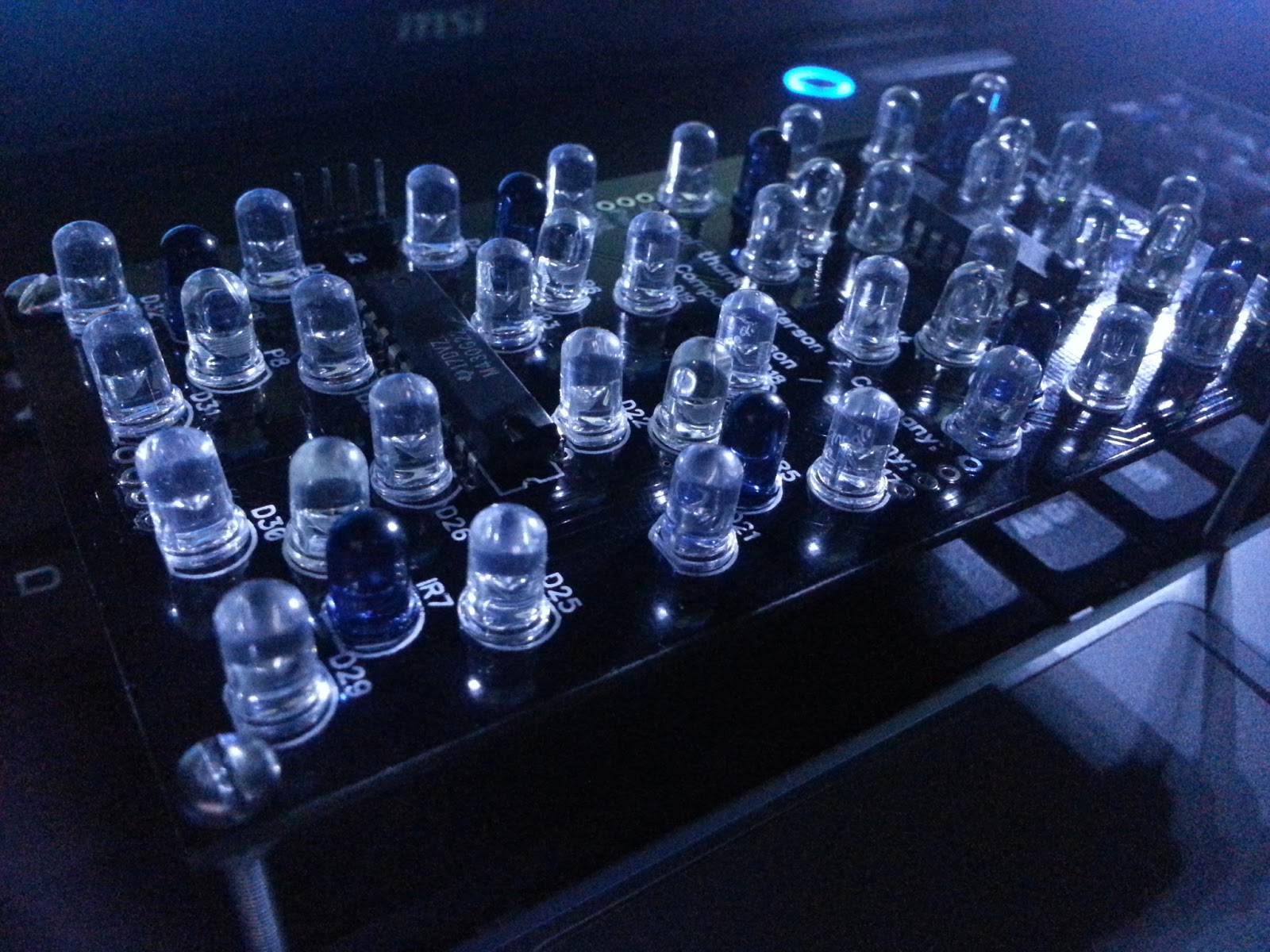 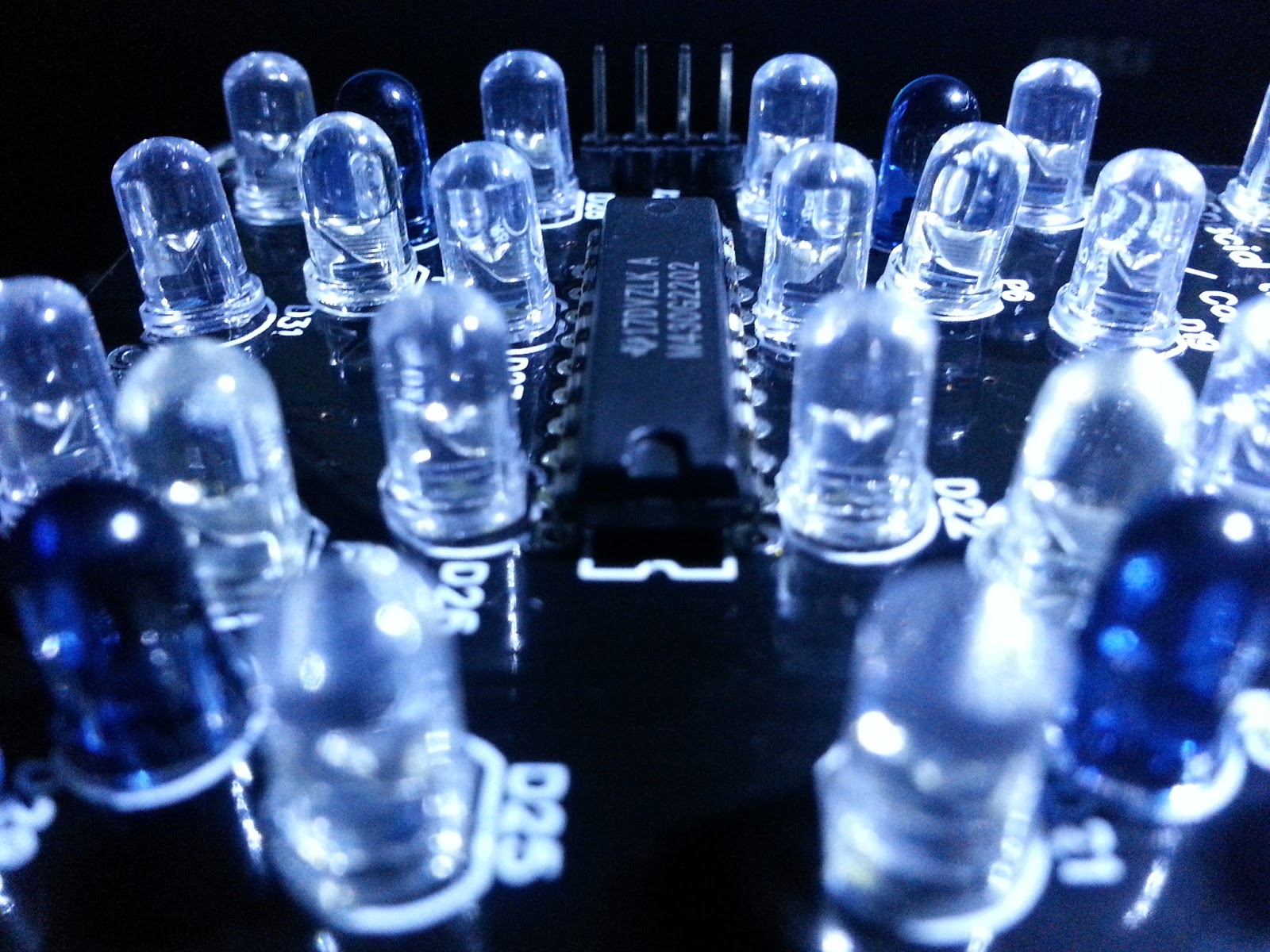 This video presents the existent technology on the market right now. Here you can see multiple panels of approximately 302x302mm each having only (!) 4 motion sensors which converts into a pixel density of about 0.18ppi. I guess that the 1.5ppi pixel density for the iLED doesn't sound so low now, does it?

The purpose of this video is to show the existent technology and to provide a comparison between the iLED and the existing technology. I will not disclose the price of the presented device (obviously you can look it up yourself), but I can assure you that the iLED will be at least 30-40% cheaper while packing more tech.

Thank you and wish you all a great weekend :)
Posted by Gigi Dinut at 18:41 No comments:

As promised a few days ago, here is a post detailing on the technical specifications of the new iLED.

As stated, the dimensions of the module are: 30x60x1.6 mm. It has a pixel density of approximately 1.5ppi which may sound very low compared with the high-end displays we have in our smartphones, but in comparison with the existent products from the same category it has the highest pixel density available on the market. This translates into pixels of 15x15 mm, each pixel containing 4 ultra-bright blue LEDs.

In terms of sensing the environment, each pixel contains an infra-red motion sensor comprising of an IR LED which is spectrally and mechanically matched with an IR Phototransistor. The phototransistor reacts to the reflected electromagnetic wave having a wavelength of 940 nm.

The signal from the receiving end of the sensor due to the reflected wave is then processed through an ultra-low power TI microcontroller, the MSP430G2xx series which, depending on how it was programmed it gives a response by lighting the corresponding pixel as desired by the user.

The microcontroller supports in-circuit programming through the 4 pins attached to each chip or it can be taken away from the circuit (as you will probably see in the prototypes) and can be programmed using the MSP430 LaunchPad or other MSP programmer from Texas Instruments.

The programming can be done either through the specific software offered for free by TI known as Code Composer Studio (CCS) or through a recently developed IDE, known as Energia, which is an Arduino-like environment packing the best of both worlds: the user-friendly language developed by Arduino along with the capability to program ultra-low power and cheap microcontrollers from the MSP430G2xx series.

The entire circuit is powered through 4 power lines (2 Vcc lines and 2 ground lines) and is regulated using 3 voltage regulators with a constant output of 3.3V and maximum current of 800mA each. The module can be powered using any regulated DC power supply or battery as long as the output voltage of the supply is between 5 and 12 volts and as long as it can provide around 250mA for each module used (in the case of putting more modules together to create a larger surface).

The beauty of this module stands in its versatility and simplicity. You can program it however you want, you have the serial interface which can be used either to communicate between the 2 MCUs on a module or to communicate with the "outside world". Easy to program and easy to interface, ilED can serve as a great learning tool for beginners or as a versatile development tool for the more advanced users.

If you have any questions related to the functionality of the ilED or you think there's something I should have mentioned, post them in the comments section of this post or on the Facebook page and I will respond as soon as possible.

Looking forward to the first batch of iLEDs to arrive in the next two weeks so I can show them to you and also launch the Kickstarter campaign. Until then, Like us on Facebook and share the information with your friends or anyone you think might be interested.
Posted by Gigi Dinut at 18:15 No comments:

The first batch is still expected, so no photos yet unfortunately, but there will be a post soon containing more technical details about the module.

In the meantime, if you have any questions or opinions, technical or not, leave a comment or just post them to our Facebook page. Looking forward to hearing your thoughts on this one.

iLED Facebook Page
Posted by Gigi Dinut at 23:24 No comments: